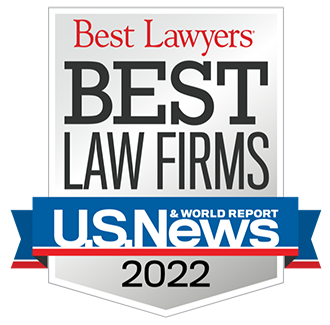 Douglas Hargett is a native of Cherokee, Alabama. He practiced law in Huntsville in two of Alabama’s largest law firms, Maynard Cooper & Gale, P.C. and Balch & Bingham LLP, before returning home to join Hall | Tanner | Hargett as a partner in July, 2009. As a trial lawyer, Douglas regularly represents both plaintiffs and defendants in civil litigation in state and federal courts and alternative dispute resolution proceedings (arbitration and mediation) throughout North Alabama.

Douglas was selected by the U.S. News & World Report for 2022 as one of the nation’s Best Lawyers, an honor limited to 5% of practicing attorneys in the United States. He was selected by Super Lawyers in 2021 as a Mid-South Super Lawyer, a distinction limited to 5% of attorneys in each state. Prior to this, from 2013 through 2019, he was selected by Super Lawyers as an Alabama Rising Star for demonstrating excellence in the practice of law, an honor limited to only 2.5 percent of attorneys within the state. He has also been rated as an AV Preeminent attorney by Martindale-Hubbell in every year since 2011, the highest possible rating for both legal ability and ethical standards. He was previously recognized in Business Alabama’s publication of Top Attorneys: Alabama’s Outstanding Young Lawyers.

Douglas previously served as President of the UNA Alumni Association Board, which is responsible for maintaining relations with UNA’s alumni on both the local and national levels. Douglas was elected and served as President of the Colbert County Bar Association in 2012. While practicing law in Huntsville, Douglas was elected by his peers to serve as President Elect of the Huntsville Young Lawyers. In 2009, he was nominated to receive the Huntsville/Madison County Young Professional of the Year Award before returning home to the Shoals to practice law.

Douglas is married to the former Courtney Horton of Sheffield, Alabama. Outside of the office, Douglas enjoys spending time with his wife and three children and coaching his children in youth sports and supporting their teams.